One of the most fascinating things to have come out of the Fall 2021 anime season is the reaction towards Platinum End. The anime is based on a manga by Tsugumi Ohba, famed for writing Death Note, and is a battle royale story of candidates chosen by angels to compete with each other to become the next God. Platinum End shares many themes and conflicts with Ohba-sensei’s older work: the status and power of God is once again at the forefront of the conflict, big problems arise when people react to the prospect of becoming God in different ways, and lives are treated like pieces of a game.

Sadly, Platinum End pales in comparison to Death Note due to various problems. The pacing is its biggest flaw, with emotional arcs happening far too quickly and plot progression happening far too slowly. The characters feel stunted due to this pacing problem, and they are further damaged by the silly costumes and character designs.

While the plot is my biggest gripe with the show, the forums and comment sections I’ve visited have an entirely different target of criticism: the protagonist.

Mirai Kakehashi from Platinum End is vastly different from Light, Ohba-sensei’s more acclaimed protagonist from Death Note. On one hand, Light relishes the God-like power in his hands through the Death Note and is confident in his own intelligence and decision making abilities. On the other hand, Mirai wants nothing to do with the idea of becoming God and doubts himself constantly. Ohba-sensei has very purposefully written Mirai as a foil to Light in exploring how individuals react differently to the prospect of becoming God.

Despite the interesting shift in perspectives, the majority of the people watching seem to despise Mirai’s existence and ignore everything else about the anime. Comments often complain about how Mirai is a “pussy,” “weakling,” or a “simp.” People wish that he would be more decisive and bloodthirsty, with one comment hoping he would snap and kill everyone.

Why is everyone so antagonistic towards Mirai? I suspect, for one, that it’s because protagonists with Mirai’s flaws are often found more in slice-of-life dramas without life-and-death situations. These anime usually involve the low self-esteem protagonist gaining his confidence through friends and compassion. Even in other anime series where death doesn’t always loom over every character, the protagonist still has some hidden talent or drive that hasn’t been appreciated, noticed, or brought out to its full potential. The protagonist, even if he doesn’t know it yet, is still special.

Mirai isn’t special in that regard. He’s just a teenager with a traumatizing childhood who has no friends. His ultimate goal is to make friends, to have the girl he likes reciprocate his feelings, and to find love and happiness. Even the powers he gains from his angel aren’t unique as certain candidates are blessed with the exact same abilities, leaving him with no secret destiny, powers, or appeal.

However, if the audiences were annoyed with Mirai’s mundaneness, you’d expect the complaints to be more about how boring he is. Instead, the attacks are more focused on Mirai’s personality as a whole. That isn’t to say his personality doesn’t exist in other anime characters. Shy stutters, fear of killing or fighting, and/or harboring a crush on someone are not rare traits in anime, but they do have two large caveats — these characters rarely participate in fights, and these traits are usually found in supporting female characters who are love interests. TheMirai differs from the usual portrayals in both ways. The first is that Mirai is front and center in the battles and struggles with that very fact. When an ally asks Mirai if he could kill Metropoliman if the latter was going to kill his crush, Mirai has a panic attack. He could not imagine killing Metropoliman, even if it means saving his crush.

This isn’t unbelievable. While many individuals have done the impossible for the sake of their loved ones, not everyone has a fight-or-flight response to fear. Some people freeze, and nothing is scarier than killing a living being. Many people will agonize over accidentally hitting a squirrel while driving their cars. One can imagine that the vast majority of people with no training and preparation for harming humans will likely react to a life-and-death situation exactly like Mirai does — with absolute horror and frozen panic.

However, instead of empathizing with Mirai’s natural response, almost every individual in the episode comment sections is roaring in disgust. One comment even says, “how can you be a man when you won’t even protect the girl you like?” The idea that Mirai could still find himself unable to pull the metaphorical trigger even at the cost of his crush’s life seems downright insulting to the viewers rather than something to ponder on.

This biased response towards Mirai’s anxiety is interwoven with his second major difference of being a boy. While female characters with personalities like Mirai aren’t beloved by the anime community by any stretch  — look at Orihime from Bleach and Murano from Parasyte the Maxim  — their criticisms are still more mild in comparison to Mirai. People do call them useless, annoying, and boring, but the tone is still less harsh than the neverending comments calling Mirai a complete failure of a human being.

This distinct fury towards Mirai is rooted in the fact that he’s a boy more than anything else. Even the insults are geared towards a feminine angle. They take fault with his lack of assertiveness to chase his crush, something men are expected to take the initiative in, and they disparage him by claiming he’s wimpier than a girl. The difference in reception is so obvious that non-watchers are joining the conversation and commenting about how the hate-comments seem to be directed only towards Mirai. 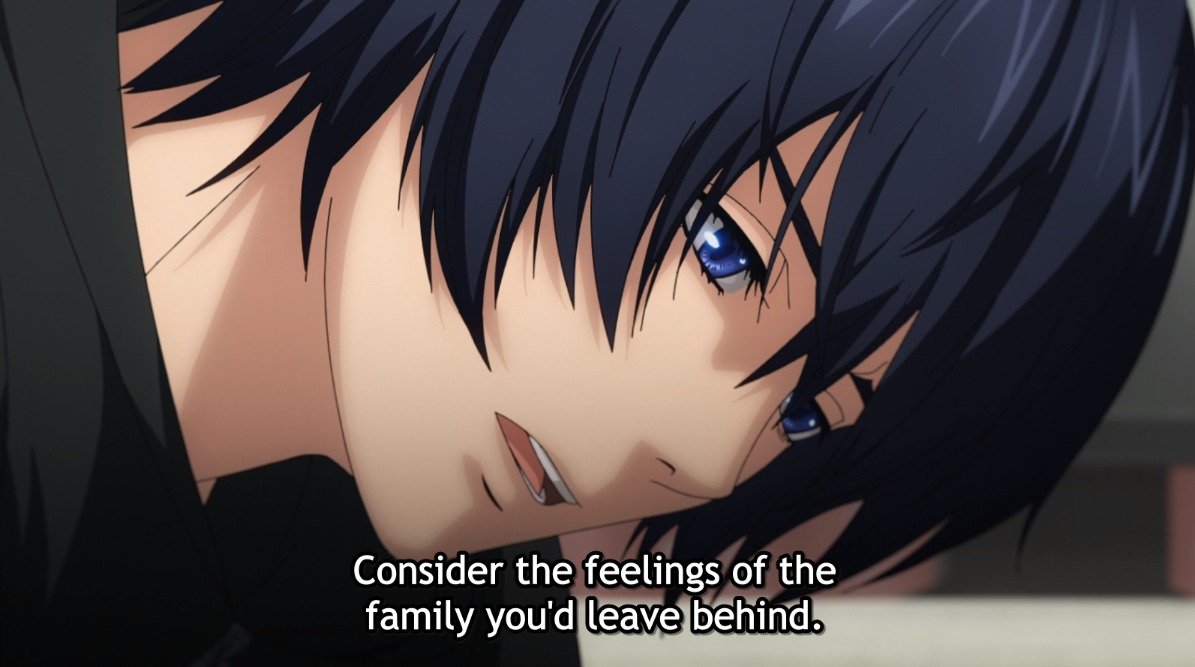 Am I saying that Platinum End is better than the community is making it out to be? No. As mentioned in the earlier paragraphs, Platinum End has a lot of writing problems that start with the very first episode and continue to persist throughout the series. However, my displeasure at the story itself quickly turned to concern with the treatment of Mirai by the community.

Mirai is a rare protagonist in the anime world. He’s the main character, a guy who openly expresses his constant fear and anxiety, and has no unique powers, talents, or destiny. He is more like the audience than the many male protagonists with destined fates, special connections, and hidden superpowers. The community’s quickness to tear Mirai down signals not only an unwillingness to accept male characters portrayed as softhearted, but also an unwillingness to accept the basic emotions of self-doubt, fear, and gentleness within everyone — regardless of gender.

Platinum End Gets a TV Anime Adaptation in Fall 2021